CIRS: An Examination of Chronic Inflammatory Response Syndrome from Exposure to Recovery (Part 1: Exposure to Biotoxins)

You are here:
CIRS and Mold Illness 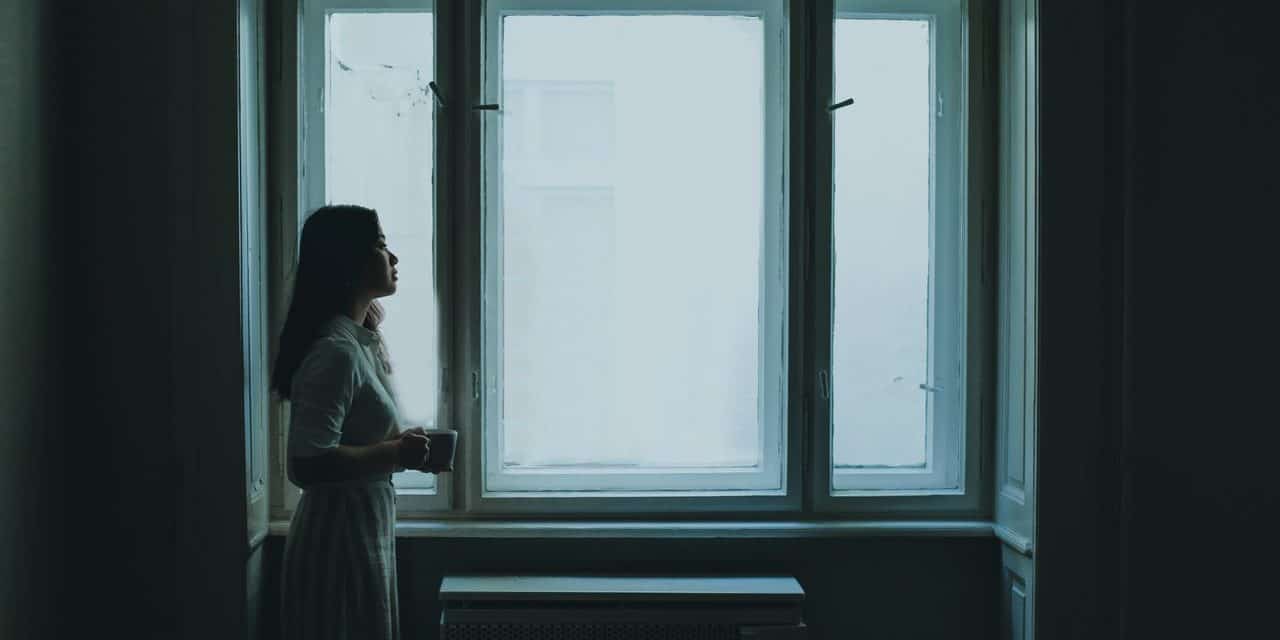 This post kicks off a new blog series on Chronic Inflammatory Response Syndrome (CIRS). Biotoxin-related illness (CIRS) caused by exposure to water-damaged buildings (WDBs) will be the primary focus, but I’m going to provide information about CIRS as a whole…from exposure to recovery, including new evidence-based insights and clinical observations about causes, testing, and therapies. In this first post, I’ll address sources of exposure to biotoxins and the other contaminants responsible for CIRS.

Chronic Inflammatory Response Syndrome…called CIRS for short (pronounced like the word “sirs”) is a complex, multisystem, multi-symptom condition also known as “biotoxin-associated illness.” Biotoxins are toxins of biological origin — meaning they’re produced by plants, animals, insects, and microorganisms — that are hazardous to humans when inhaled, ingested, or absorbed.

People often say “mold illness,” “mold sickness,” and “toxic mold poisoning” when they mean CIRS because the majority of people who develop CIRS were exposed to “mold” in a water-damaged building (WDB). I write “mold” to describe  the insult as a whole, but in fact there are a vast number of toxic compounds in WDBs that actually contribute to CIRS.

You may have heard of mycotoxins, one type of byproduct of certain molds. But they aren’t the only hazard in WDBs. A combination of fungi and fungal fragments, bacteria and bacterial fragments, actinomycetes, volatile organic compounds (VOCs), inflammagens, and particulates form a dangerous biochemical cloud in the air. When inhaled, this toxic cloud triggers the activation of the innate immune system.

It’s impossible to blame just one of the toxic compounds in water-damaged buildings for the onset of CIRS. We know that each is hazardous to human health, but the body of research is growing as to their synergistic effect as well. And in addition to WDBs, there are other sources of exposure to biotoxins, which I’ll briefly cover in this article.

Who Gets Sick From CIRS?

Interestingly, exposure to these toxic organisms makes some but not all people sick. Others get better as soon as they avoid the source of exposure…we call this avoidance. It’s hypothesized that those who carry specific human leukocyte antigen (HLA) DR haplotypes may be most  susceptible to CIRS…that their immune systems are unable to identify and remove the antigens. In turn, their bodies maintain activation of the innate immune system as the biotoxins continuously circulate, which leads to dysregulation of the inflammatory response and dysregulation of gene transcription2,3 indicative of CIRS.

Many clinicians, including Shoemaker-certified physicians like myself, use HLA testing as one of several biomarkers to diagnose CIRS. Clinical observation and preliminary data point to the fact that these are the people that may be more susceptible and need additional support beyond avoidance alone.  But there are CIRS patients without the haplotypes as well, so the diagnostic process includes many biomarkers, which I’ll cover in a subsequent article.

Exposure to a Biotoxin Is Required for a CIRS Diagnosis

If you suspect you’re dealing with CIRS, I encourage you to find a Shoemaker-certified physician or other experienced functional or biological medicine doctor who can guide you through diagnosis and treatment. Using the Shoemaker Protocol for Biotoxin-Associated Illness, it’s possible for you to make a full recovery. It’s acceptable for us to say CIRS can be cured, so please have hope! You can reclaim your life…no matter how many doctors have said otherwise.

With that said, one of the first questions a qualified physician will ask when assessing your history and symptoms is whether or not you were exposed to biotoxins at any time in your life. Maybe you don’t know if you’ve been exposed. That’s okay. Confirmed exposure helps us make a faster diagnosis, but other diagnostic techniques are used in place of and in addition to confirmed exposure. Exposure to the following biotoxins is known to cause CIRS:

Again, confirmed exposure is beneficial to the diagnostic process, but it is only one aspect. I’ll continue with the explanation of CIRS diagnosis in my next article, specifically the symptoms associated with CIRS . The remainder of this post will look at exposure to mold and more found in WDBs that contributes to chronic inflammatory response syndrome.

Up to 50% of buildings in the U.S. are water damaged or “sick buildings,” so the chance of exposure is pretty high. Inhalation of the biochemical cloud found in the air and dust of water-damaged buildings is believed to be the leading cause of CIRS. Initial exposure may have occurred at any time, so you’ll be asked if you’ve ever lived or worked in a building with water damage, visible mold, or musty smells.

There are over thirty toxins, inflammagens, and microbes found in WDBs that contribute to CIRS4. Research is beginning to uncover that the hazardous impact of each of these contaminants individually is multiplied exponentially by the synergistic effect of their combined activity. They can be broken down into the following categories.

Fungi is a single- or multicellular organism that can cause infection in healthy people or only those with compromised immune systems (opportunistic). Mold is a type of multicellular fungi that grows in thread-like filaments called hyphae. It reproduces by forming and releasing spores. Mold only needs oxygen, water, and a surface to grow. Wood, drywall, carpet, rubber, paint, soil, dust, practically any porous surface will feed mold when moisture is present.

Identification of the following mycotoxin-producing molds in your home or place of business  — preferably with an ERMI (Environmental Relative Moldiness Index) or HERTSMI-2 (Health Effects Roster of Type Specific (formers) of Mycotoxins and Inflammagens) from www.Mycometrics.com — would be a confirmation of exposure:

Mold, bacteria, and actinomycetes produce volatile organic compounds (VOCs) as waste products. VOCs in mold are probably the most relatable. The moldy or musty smell in WDBs is actually VOCs that are produced when mold “eats.” VOCs are also produced by evaporation of building materials like paint, furnishings, cleaning products, and adhesives.43  VOCs activate the innate immune system, produce an inflammatory response, are neurotoxic and cytotoxic, and stimulate apoptosis.44 Research has also shown that VOCs produce multiple chemical sensitivity reactions,45 which we often see in CIRS patients.

Particulate matter or “particle pollution” is a mixture of extremely small particles and liquid droplets such as metals, dust, nitrates, sulfates, organic chemicals, and more.46  Particles come from grinding or crushing, vehicle emissions, coal burning, and other industrial activities. Decades of research shows particulate matter (PM) produces inflammation in the lungs and systemically.47

I want to point out that some of the substances covered above play a key role in proper immune response and have a positive effect on homeostasis when kept in check. Plenty of research into their potential to function as therapeutic agents is being conducted. Problems occur when there’s an under- or (more often) overactive immune response to their presence in the body.

I hope this explanation has provided you with some deeper insight into sources of biotoxin exposure and how they contribute to the chronic inflammatory response seen in CIRS. In the comments below, let me know if you have questions or would like to know more about a specific contaminant.

Dr. Jennifer L. Smith, NMD, or Dr. Jenn as patients fondly call her, is a Naturopathic Medical Doctor certified in both Environmental and Swiss Biological Medicine. She’s also one of a select few physicians in the world certified in the Shoemaker Protocol for Mold and Biotoxin Illness. Dr. Jenn is dedicated to practicing as a partner in care with patients and families seeking preventative natural medicine for optimum lifelong health as well as those struggling to find relief from complex, chronic conditions.

How Much Do Toxins Affect Your Fertility? The Scoop on Environmental Toxins
September 30, 2022

Is Your Indoor Air Polluted? The Inside Story on Indoor Air Quality
August 10, 2022

Can Mold Give You Dementia? The Link Between Toxic Mold and Alzheimer’s
May 19, 2022

Dr. Jennifer Smith is a truly gifted healer. Not only is she kind and compassionate, but she is also dedicated to best practice methods as well as remaining informed of the newest research to ensure her patients receive the best possible treatment outcomes. I grew up in as the child of an MD taught to disregard naturopathic healing methods. Dr. Smith literally saved my life after allopathic medicine failed me. I was denied treatment in my home state due to uninformed MDs stuck in an antiquated belief system about biotoxin exposure and the extreme risks this exposure poses to individuals. I highly recommend Dr. Smith and SilverTree Wellness Center.

I’ve worked with Dr. Jenn since 2016 and can say with confidence that I would not be where I am today without her support and expertise! As a patient and practitioner, I have recommended Dr. Jenn to many in the Phoenix area and will continue to do so without reservation.

She is a friend and our family doctor, truly going through our family’s healing process with us.

She is a friend and our family doctor, truly going through our family’s healing process with us. She is encouraging, compassionate, and is the only doctor I’ve really had who listened to my struggles and had input concerning how to help me heal. I am so thankful for her.

She really listens–to anything you have to say. If you think it is important, she thinks it’s important. 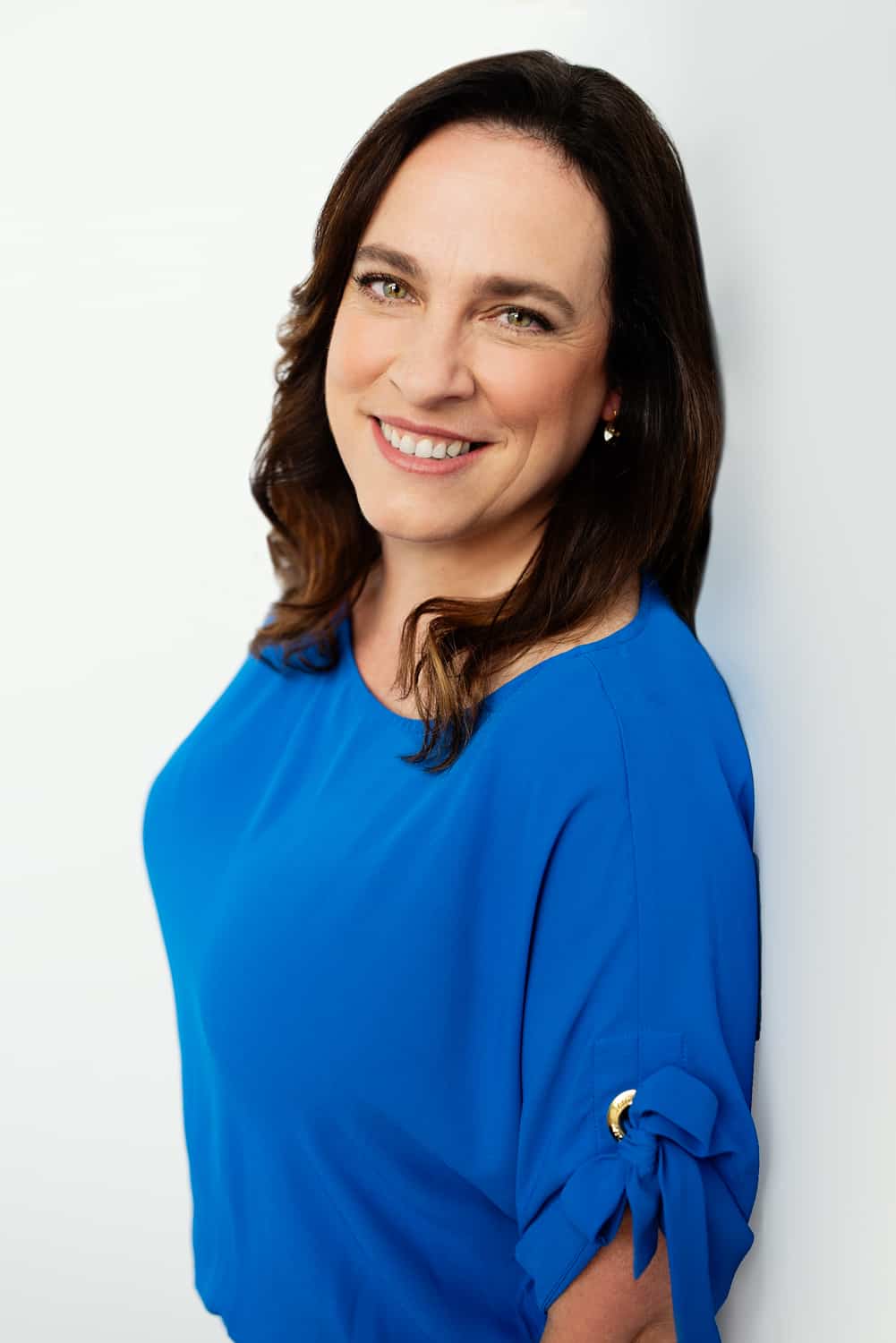